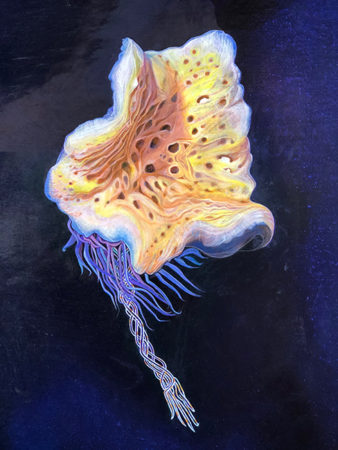 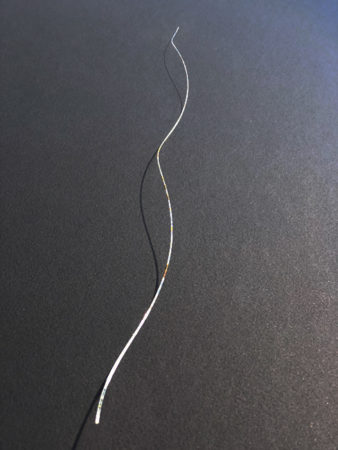 The actual glass stalk, from the collection at UCSD/Scripps: Benthic Invertebrates. Thank you, Charlotte Seid Ph.D for lending it to me!

Hyalogryina is a newly discovered species of sea snail—very beautiful—pearly with a bright yellow stripe! It is 3-4mm in length. 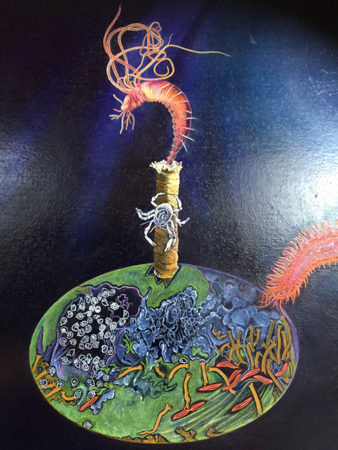 This vignette shows the following species as they live on the whale bone and sediment surrounding the skeleton, plus “blow-ups” of each species: AMPHARETID TUBE WORM (a Polychaete which inhabits the deep sea); WHITE GALATHEID CRAB baby on the tube worm; a PARASTICHOPUS SEA CUCUMBER (2′ in length); HYALOGYRINA (sea snail.) 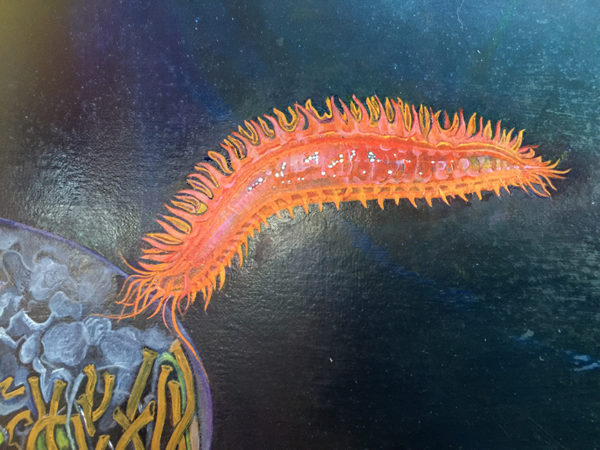 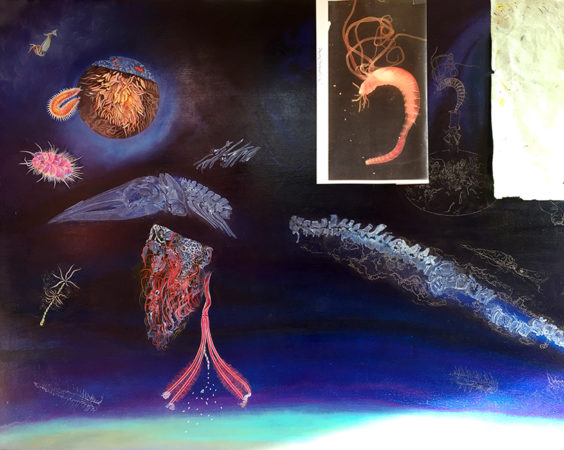 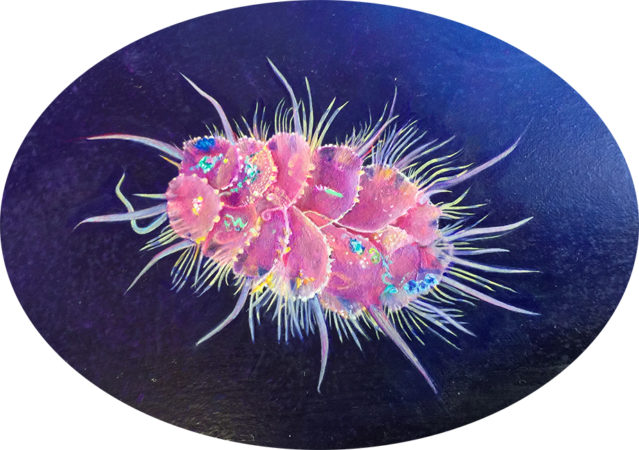 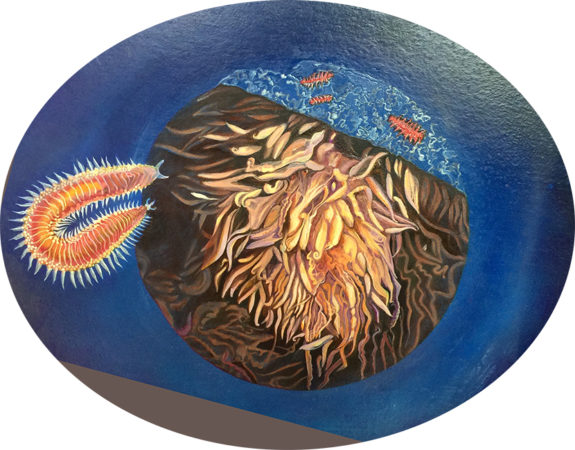 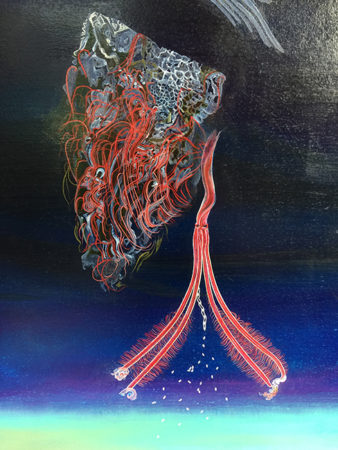 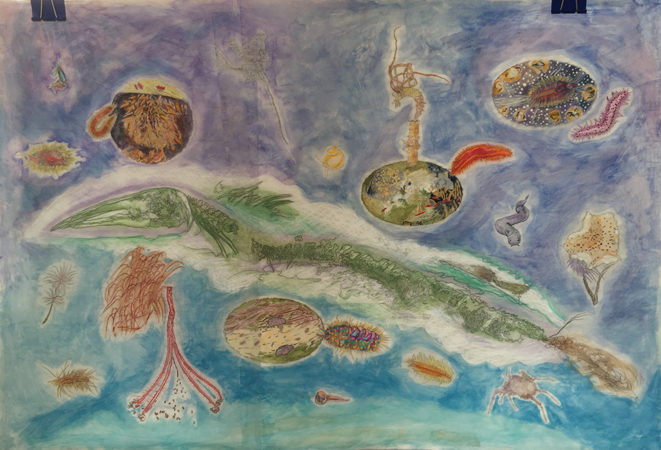 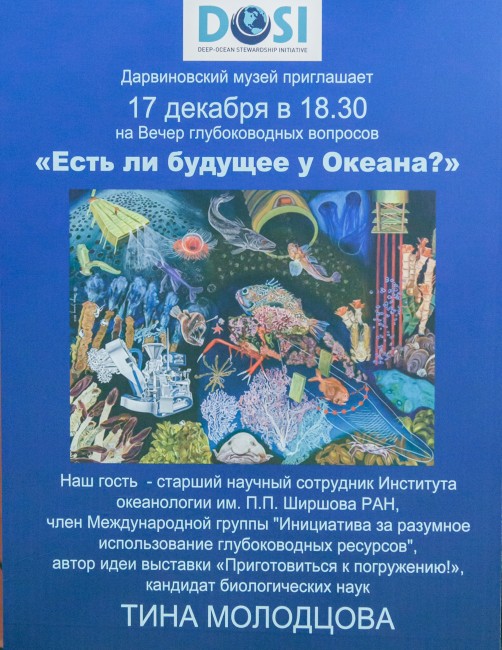 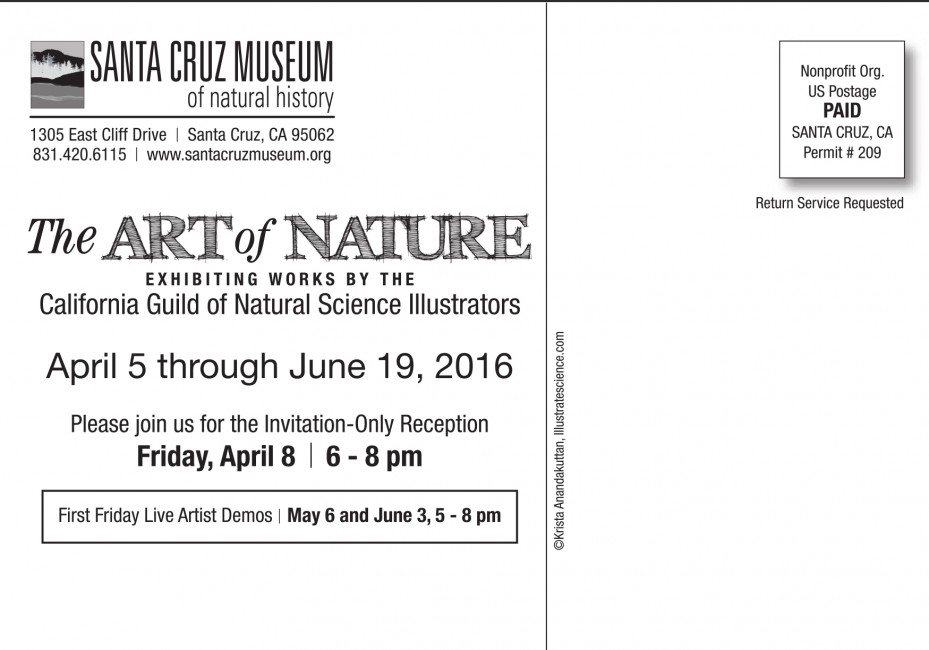 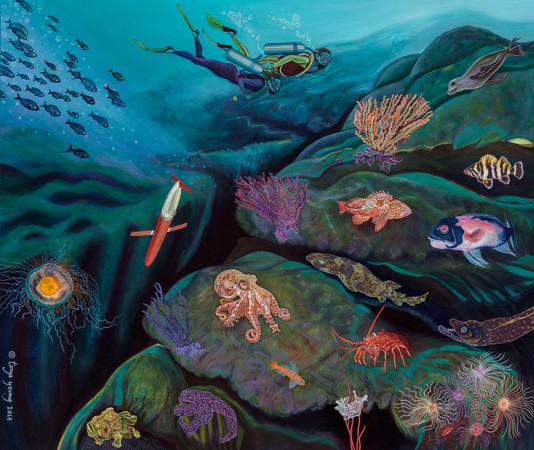 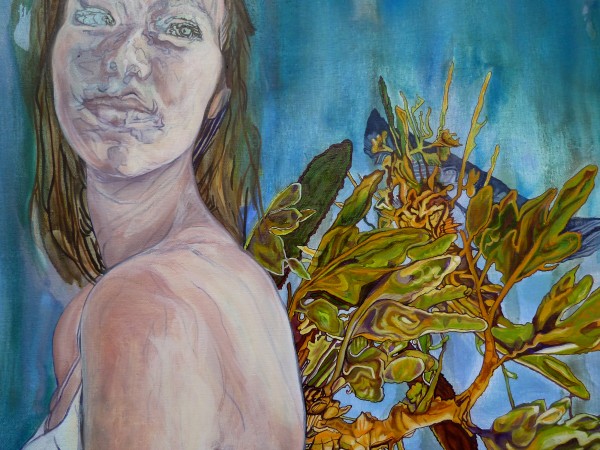 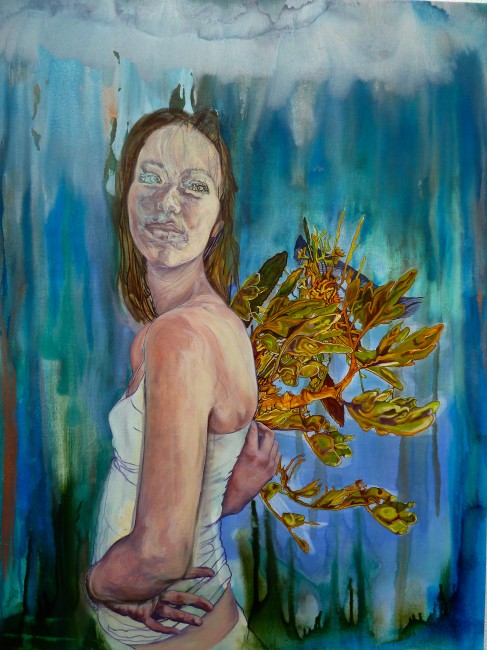